2017 is a year in which political uncertainty is a potential headwind for eurozone businesses. While Austria’s insolvency outlook is stable, the unpredictable outcome of elections held in the countries of some of its main trading partners may impact business activity due to close trade and investment ties.

Among the Western European countries surveyed, Austria is one of the least inclined to sell on credit terms. The country’s conservative approach was also observed in previous years and may not be directly linked to the significant amount of uncertainty in 2017. 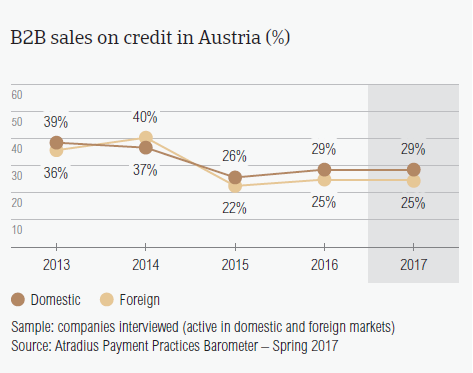 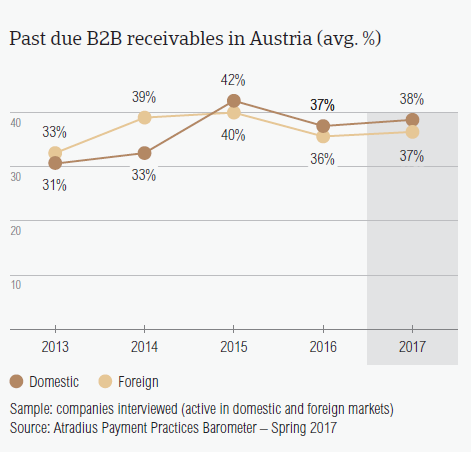 Despite the somewhat longer payment terms extended by respondents in Austria in 2017, they remain some of the shortest in the region. Payment delays from B2B domestic and foreign customers increased slightly compared to 2016. 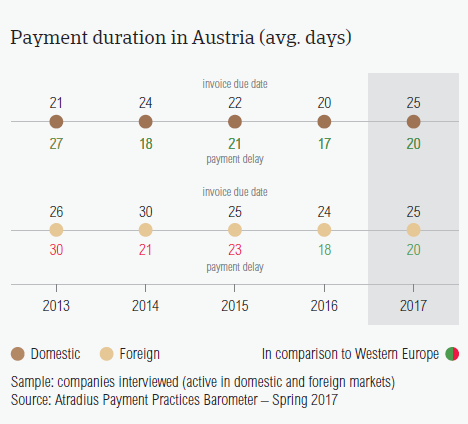 Insufficient availability of funds was the most frequently mentioned reason for payment delays in Austria and in Western Europe overall. The percentage registered in Austria is significantly higher (51.7%) than that of Western Europe (43.5%). 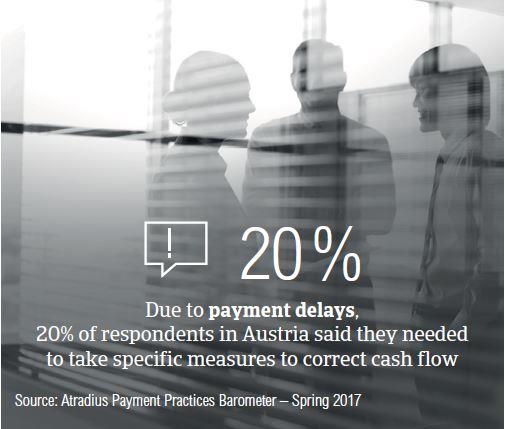 Respondents in Austria plan on doing more to protect their businesses from payment delays resulting from the impact of Brexit, the slowdown in Asia and US protectionism than their peers in Western Europe. 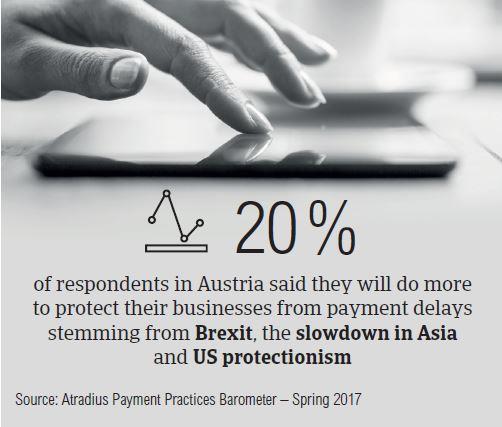 A similar approach is planned in respect to US protectionism. 25.1% of respondents in Austria said that they will increase checks on their buyers’ creditworthiness. 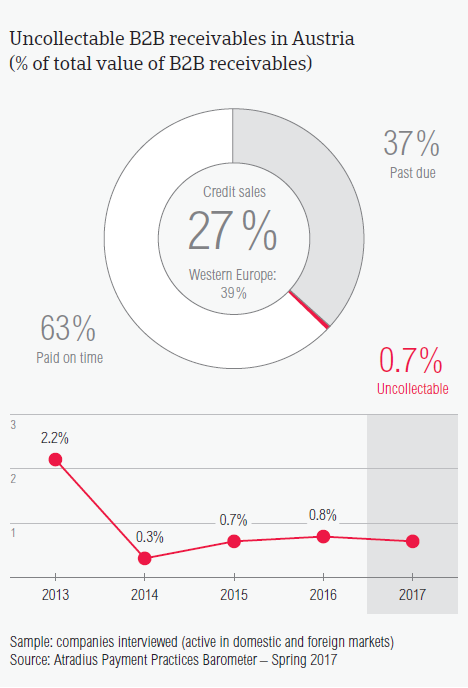 30% of respondents in Austria expect a deterioration in the payment behaviour of their B2B customers over the next 12 months. 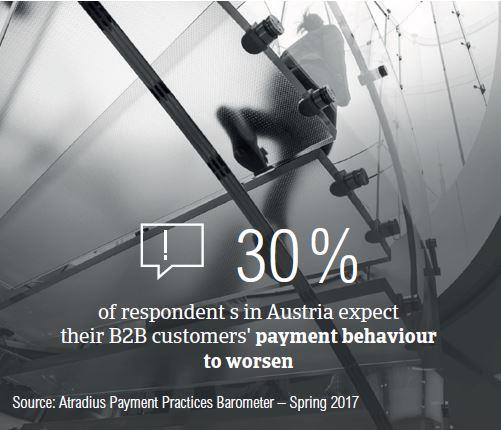 In 2015, Austrian business insolvencies decreased by 5%. However, in 2016 the pace of corporate insolvency decrease is expected to slow down to just 2%.

Atradius forecasts insolvencies across advanced markets to fall only 2% in 2017, the weakest performance since 2009.

Due to late payment, nearly twice as many respondents in Austria (21%) than in Western Europe delayed investment, in property, plant and equipment.