Lower GDP growth of 2.5% in 2016 and government budget hit by lower oil price. Public spending is curbed in order to trim the high budget deficit. 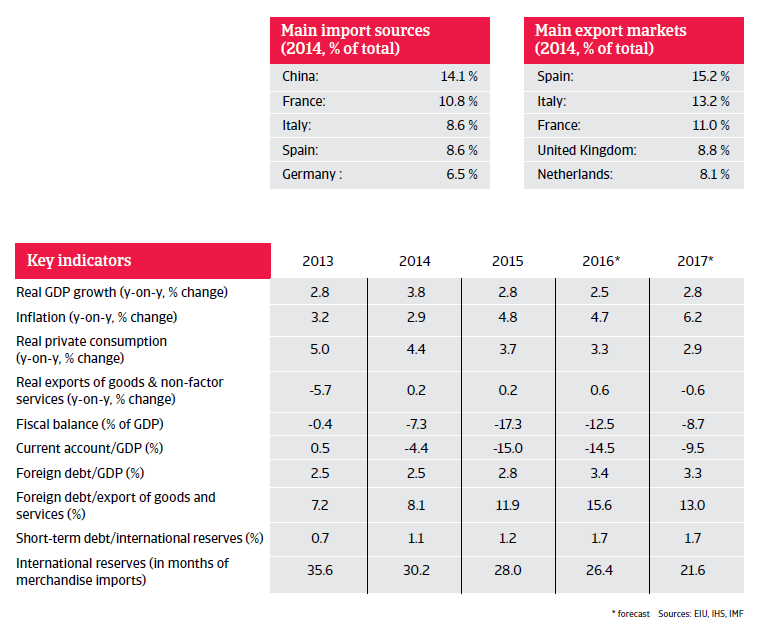 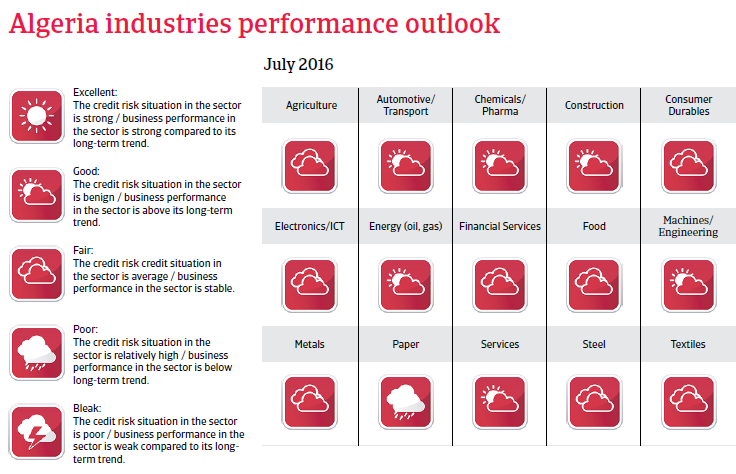 In Algeria, political power rests mainly with President Bouteflika, who is widely credited with restoring peace to the country after a year-long civil war between the government and militant Islamists in the 1990s. He won overwhelming endorsement for a reconciliation plan in 2005.

President Bouteflika is now in his late seventies and not in particularly good health and it remains uncertain whether he will serve his whole term, which runs until 2019. There is no obvious successor at hand and it cannot be ruled out that tensions within the political elite could increase if Bouteflika unexpectedly steps down.

Currently the internal security situation is stable, but the risk of terrorist attacks has increased due to political turmoil in neighbouring Libya and Mali. Endemic ‘cronyism’, the high unemployment rate and a lack of affordable housing could fuel social unrest and lead to increasing support for militant Islam, especially among younger people. While the government tries to diversify the economy, success has been limited so far. The government is challenged with creating enough jobs to reduce the very high youth unemployment. In early 2016 the parliament passed a couple of constitutional reforms to strengthen democratic elements. 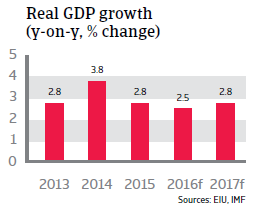 Algeria’s economy is underpinned by the oil and gas sector, which accounts for more than 95% of export revenues. GDP growth slowed down to 2.8% in 2015, and is expected to decrease to 2.5% in 2016, as the currently low oil price continues to have a negative impact on the economy; mainly on government budget and external finances. Energy earnings decreased by nearly 50% in 2015.

In order to trim the high budget deficit, the administration has started to curb spending by cutting some subsidies and suspending some infrastructure projects. But tackling the vast welfare system is sensitive, given the potential for social unrest. 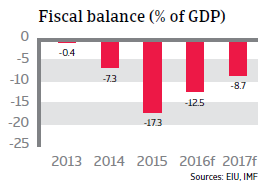 Running a deficit in the short term should be manageable as both government debt and foreign debt are still low. The country still holds more than USD 140 billion in foreign reserves, despite major decreases in 2015 and 2016. If the oil price remains subdued for a longer term, the Algerian government would be forced to reduce its spending much more.

Algeria is trying to move towards a market economy but, because of its massive oil and gas reserves, its socialist history and many years of civil war, the government still exercises tight control over the economy (it is estimated that 90% of Algeria’s GDP is still controlled by the state). The economy is still too dependent on the oil sector and needs to diversify further. Growth in other sectors has been insufficient to create new jobs so far. Government intervention, an underperforming banking sector, red tape and corruption still hamper foreign investment and private enterprise initiatives.

The turbulent waters that the global economy faced at the beginning of the year have calmed but the underlying issues persist.

In the UAE, payment delays and protracted defaults have increased since Q4 of 2015, as have run-away cases due to cash problems in this industry.

Atradius identifies the most vulnerable countries and sectors in Europe to Brexit. The impact will be most acute in Ireland, Netherlands, and Belgium.