Switzerland relies heavily on exports, which account for 70% of the country’s GDP. The country expected increased demand from the eurozone in H2 of 2016. However, the uncertainty in the 2017 outlook of some of Switzerland’s main trading partners may prove impact payment behaviour.

Respondents in Switzerland (28%) do not sell on credit terms as much as their peers in Western Europe (39%). Moreover, in 2017, credit sales by Swiss respondents seem to have decreased compared to 2016 (28.8%). 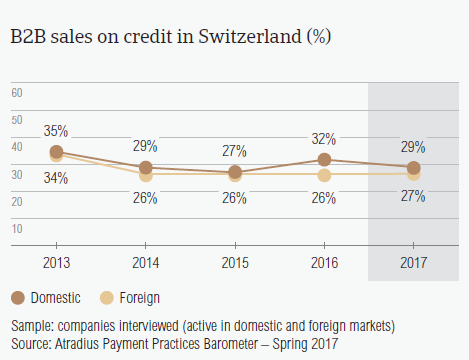 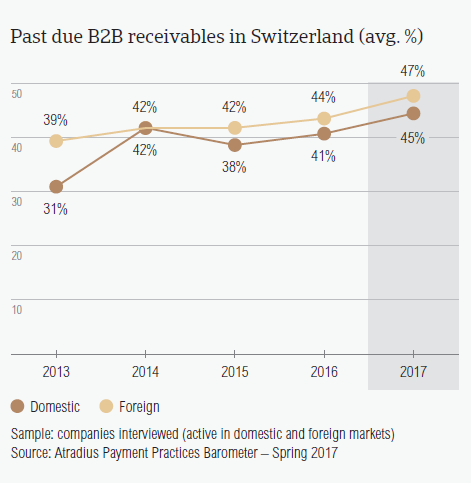 Respondents in Switzerland offer some of the shortest average payment terms in the region. The short payment terms emphasize swift invoice payment and further demonstrate the lower level of comfort with extending credit than in other Western European countries.

More respondents in Switzerland than in Western Europe reported liquidity issues as the main reason for payment delay by domestic and foreign B2B customers. 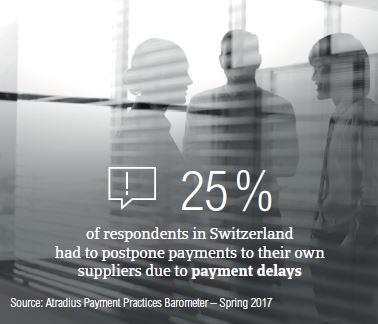 20.3% of respondents in Switzerland reported that they will increase their use of credit management techniques to protect themselves against the potential impact of Brexit, the slowdown in Asia and of US protectionism. 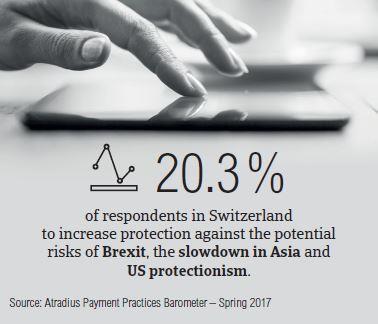 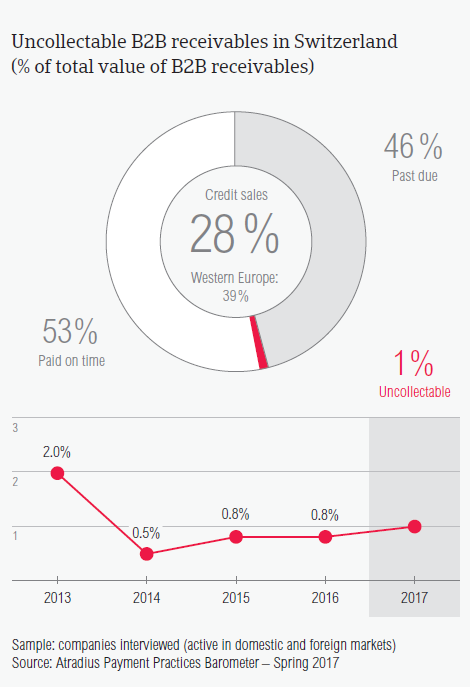 0.5% of the total value of B2B receivables of respondents in Switzerland was written off as uncollectable (. This is slightly less than the 0.6% regional average.

More than 30% of respondents in Switzerland expect deterioration in the payment behaviour of their B2B customers over the next 12 months. 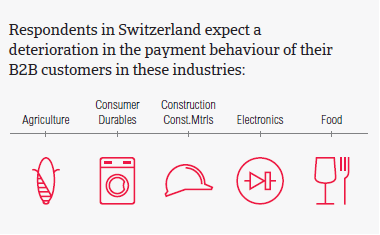 Swiss business insolvencies increased 7% in 2015 due to a more difficult economic environment. The number of corporate insolvencies remains high in 2016.

The price of oil has stabilised, largely thanks to OPEC’s shift in policy. The market is expected to rebalance in 2018 driving up prices in the medium term.

Developments in the US related to the election of Donald Trump and its expected effect on the US monetary policy path and international trade introduce significant uncertainty for EMEs in 2017.